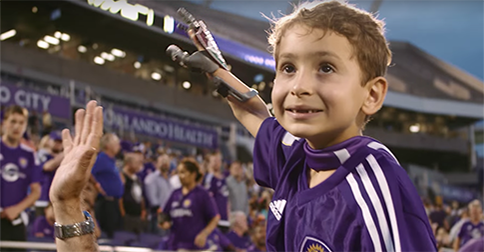 The first prosthetic limbs ever created seemed like a miracle. People who hadn’t been able to walk for years -- or maybe ever -- suddenly had a new leg. And people who had only been able to use one hand could now use both. A miracle indeed -- but of course, these early prostheses were just the beginning.

Technology has continued to push forward, and here we are today in the world of 3D printing. With this kind of advanced manufacturing, prosthetic limbs have become less expensive and faster to make, which obviously has the potential to change the entire industry. But how, exactly, can someone produce a 3D printed prosthetic limb? Read on to find out!

What Is 3D Printing?

The first question you may ask is what, exactly, we mean by “3D printing.” The words are familiar individually, but when you put them together, the mind boggles a little. Basically, 3D printing is the process of using digital files to create solid, three-dimensional products. It’s sometimes called “additive manufacturing” because of the way it builds layers of material on top of each other until the final object is completed.

People who design 3D printed objects must begin by creating a virtual design of the object using a 3D modeling program in a CAD (Computer Aided Design) file. Then, the software slices the final model into hundreds or thousands of horizontal layers. This file is uploaded to the 3D printer, which begins to “print” one layer at a time in succession until all the layers have been added and the product is complete. The layers are fused together seamlessly so that the naked eye cannot tell that they weren’t originally a single piece.

How Can This Benefit Prosthetic Limbs?

There are five main ways 3D printing can benefit the prosthetic limbs industry.

With traditional prostheses, high levels of customization can cost a fortune. But 3D printed prosthetic limbs can be easily customized to perfectly suit the wearer and his or her lifestyle.

Typically, a prosthetic limb can cost anywhere from $5,000 to $50,000. But 3D printed prosthetic limbs can cost mere hundreds of dollars -- and sometimes even less than that!

A big issue for people with limb loss is their prosthetic socket feeling uncomfortable. There is research underway for the design of a more comfortable 3D printed socket, but fortunately, BioTech has an amazing Comfort Socket that you should definitely check out. The socket is perhaps the most important part of your prosthesis because it is the part that touches your residual limb. It should be comfortable!

If you’re looking for passionate, knowledgeable professionals to help with your prosthetic limb fitting or to show you how great the Comfort Socket really is, contact us today! We are always here to help you, and we treat you like family.