BioTech Limb and Brace was founded in Birmingham, Alabama in 2000 by Eric S. Eisenberg, MS, CPO.  Eric and the entire BioTech team bring a personal, caring, and passionate approach to patient care.

At BioTech, we believe that everything we do should reflect our concern and regard for our patients.  From the people we hire to the facility we've built, we remain focused on our patients' care, comfort and treatment.

Take a minute to learn more about our valued patients and to meet our team.

Eric was raised in a home that exposed him to two very different sides of prosthetics and orthotics:  patient and physician.  His father is an orthopedic surgeon and civilian volunteer who established the first amputee skiing program for returning Vietnam veterans at Fitzsimmon Army Hospital in Denver, Colorado.  His younger sister is affected by cerebral palsy.  "As a child I saw the positive impact the field of orthotics has had on my sister's life," Eric explains.  "Orthoses allowed her to walk, prevented contractures, and helped to support and align her spine and extremities."

"I'm a third-generation prosthetist.  My grandfather lost his leg in a car accident, and that experience motivated him to open his own prosthetics facility in Toledo, Ohio.  My father grew up in his father's business, then decided to open a facility of his own in Birmingham, Alabama.  I started working in the family business when I was 15 years old, and I knew then that I wanted to follow in my grandfather's and my father's footsteps, helping amputees regain their independence." - Hans Harshberger 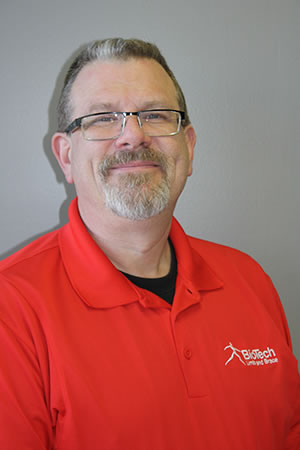 "I began my career working as a technician in orthotics, and I knew right away that quality orthotic care was very important.  So I decided to pursue further education in orthotic care so I could help individuals with many different challenges to begin their independence." - Bill Clark

Daniel is a Prosthetist / Orthotist at BioTech Limb and Brace. He began his career at BioTech as an intern while studying at Auburn University. This allowed him to develop his hand skills and fabrication techniques for a range of applications. Upon graduating from Auburn University with a degree in Rehabilitation Services / Disability studies, Daniel traveled west to attain his Masters Degree from the nationally recognized Orthotics and Prosthetics program at California State University. This program gave Daniel in-depth research experience with cutting-edge O&P technology. This included research in the Instrumented Gait Laboratory at the Long Beach VA Hospital for disabled veterans. In addition to performing orthotic and prosthetic procedures at CSU, Daniel was highly trained in outcome-based clinical decision-making and patient education. He is an avid bass player and lives in Leeds with his wonderful wife, Terry.

Ross entered the field of orthotics and prosthetics as a technician in 1979. He later joined the U.S. Air Force in 1987 and received his specialized training as an orthotist.  Having excelled in the program, he was promoted and became an  instructor  and taught the military clinical orthotics program  for five years. Ross was certified by the American Board for Certification in Orthotics and Prosthetics as a certified orthotist  in 1999.  A few of  Ross' areas of clinical interest include scoliosis bracing, cranial remolding, pediatrics, and post polio management. 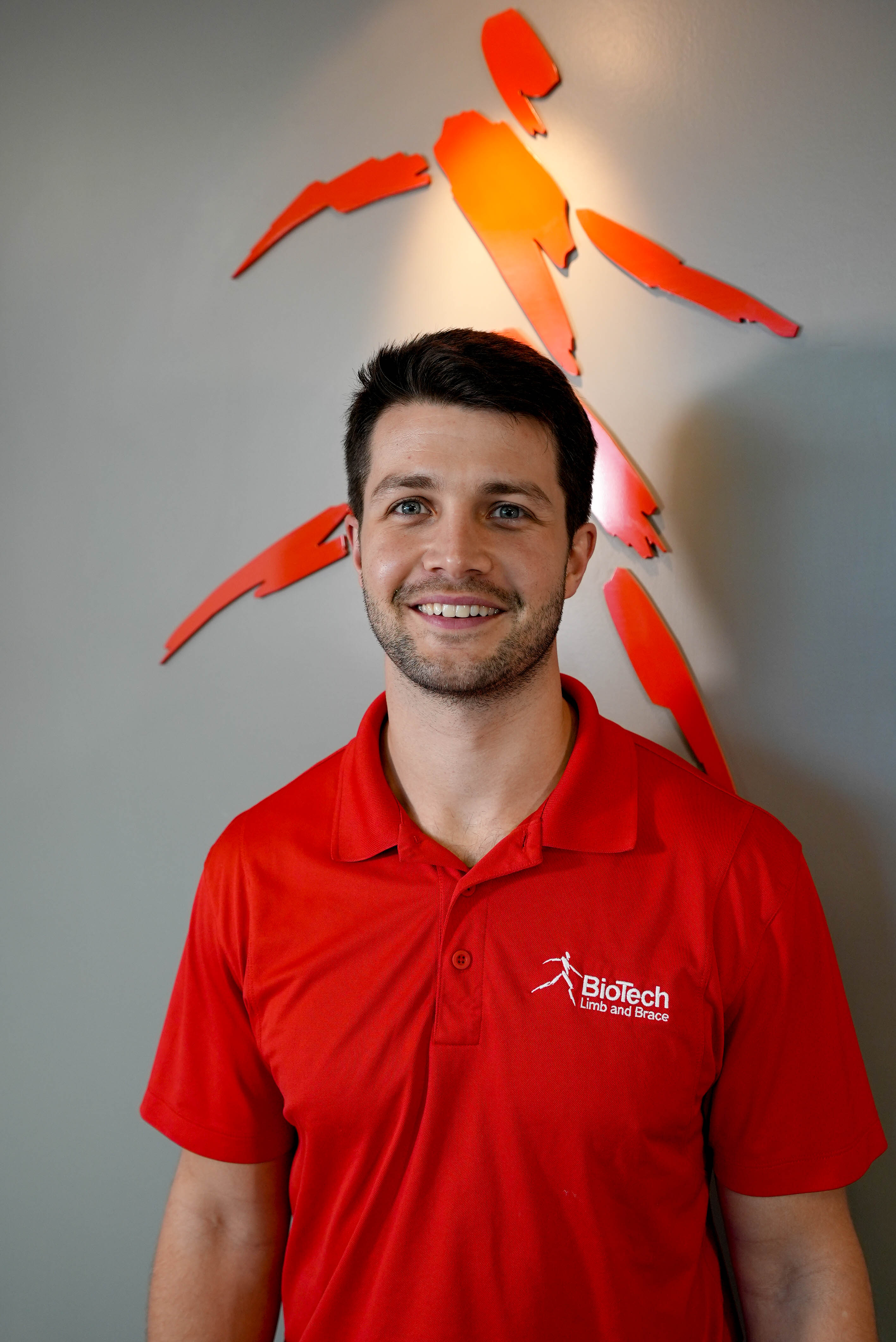 Mark is a native of Birmingham, Alabama. After graduating The University of Alabama, with a B.S. in Exercise Science & Kinesiology. He then attended Alabama State University in Montgomery, Alabama. While at ASU Mark received his M.S. in Prosthetics and Orthotics. Mark chose O&P because "it is the perfect mixture of hands on patient care and fabrication." Mark will always be there to support his patients, and will always work his hardest to allow patient to achieve and reach whatever goals they set for themselves. In his freetime, Mark likes to train and compete in triathlons,  spend time with his family, and friends.