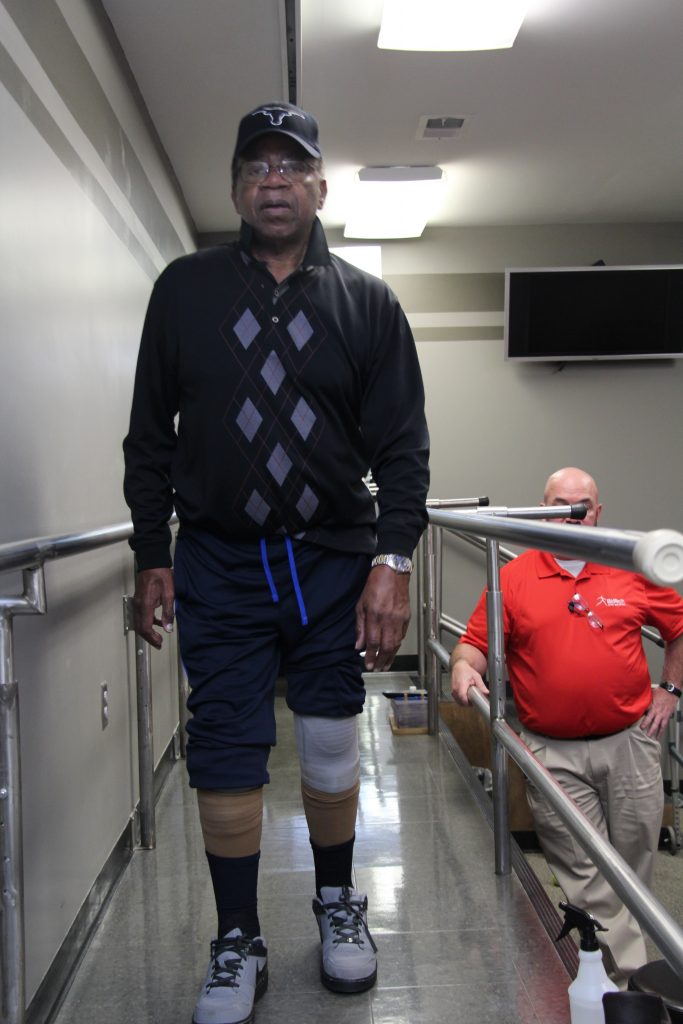 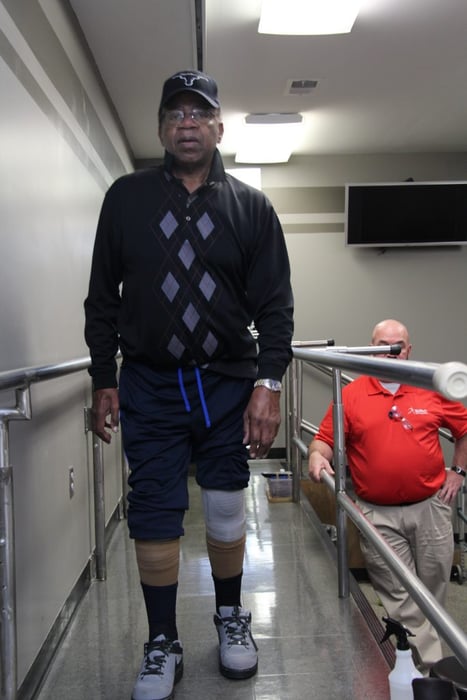 Miles College is a liberal arts college located just west of Birmingham, in the city of Fairfield. Founded in 1898, the school’s mascot is the Golden Bear, and its football team belongs to the NCAA Division II, where they compete with teams across the country.

On Saturday nights in the fall, as with many other places throughout the South, you can join thousands of other fans to watch the Golden Bears play in Albert J. Sloan-Alumni Stadium. The home side of the stadium will be filled with countless fans - families, really - proudly wearing the purple and gold. For these people, Miles College football means a lot.

It especially means a lot for Hyman Nall.

Mr. Nall can be found in the stadium each and every Saturday night in the fall, watching his beloved Golden Bears play. He’s always been a big supporter and booster of the college and hates to miss a game. You’ll probably notice him, if you go; he’ll be the energetic 76-year-old yelling and cheering. He’ll also be the one walking carefully up and down the steps - which is amazing that he’s walking at all, considering he’s a double amputee.

Three years ago, due to a mixture of genetic conditions and diabetes, Mr. Nall lost his first leg. A year later, he lost his second. Suddenly, at the age of 74, Mr. Nall found himself faced with the prospect of never walking again - of never walking up and down the steps at Miles College under his own power.

Two years and many visits to several prosthetic device makers later, Mr. Nall found himself at BioTech, being outfitted with the latest set of legs. His new prostheses were beyond anything he had ever had before, with suction suspension and custom silicone liners made at our in-house silicone lab. They would get him where he needed to go - but only if he could master them.

So the work began. Under the tutelage of Eric Eisenberg and the BioTech team, Mr. Nall began the journey to regain mobility. It wasn’t easy. Walking without assistance for a double leg amputee is difficult, far more so than most people can understand. The tendency is always there to reach out and grab something for fear of falling over, and even after several sessions, Mr. Nall was doing just that - just trying to stand, let alone walk.

Eventually, he was able to stand, and even take steps forward. Then he had to do something most people don’t think twice about: turn around. It seems so simple, just a few steps in a small circle. But for Mr. Nall, it was a barrier, one that he had to tackle relentlessly, just like one of the football players he loves to watch.

But tackle it he did.

Through toughness and perseverance, after session after session, Mr. Nall was finally able to do something he had once thought he’d never be able to do again: walk unassisted, completely on his own, under his own power.

It took a combination of sheer willpower and modern technology to get him to this point, but now Mr. Nall can move around like a pro. He’s still learning, still practicing, but he’s to the point where those steps in the Miles College stadium won’t hold him back.

Come fall, when the temperature drops and the leaves start to hit the ground, you’ll find him where he always is on a Saturday night - sitting in the stands, watching his team play, and enjoying the simple things in life that others might take for granted. Like the ability to walk again, to be independent, to be free of crutches and canes and wheelchairs.

Prosthetic devices can go a long way, but a spirit unwilling to quit - a spirit willing to compete - has to handle the rest. And like the Golden Bears, Mr. Nall has that spirit through and through.