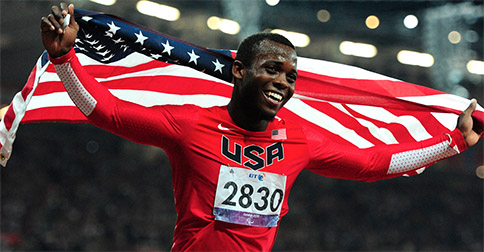 The Paralympic Games are a shining example of all that is good in this world. They feature athletes who, despite their physical limitations, rise above and recognize their possibilities. One Paralympic athlete, Blake Leeper, is an example of this determination in the face of adversity.

Blake Leeper was born in Kingsport, Tennessee. Neither one of his legs developed below the knee. Thus, he’s worn prosthetic devices since he was only nine months old.

Doctors told him that he would never be able to walk, but at a young age, his interest in sports was piqued. At the age of nine, he received his first pair of “real legs,” as he calls them, and he was more than walking in no time. He took a particular liking to basketball, and he became very active on the court.  In no time, he got his first custom running prosthetic device and the possibilities became limitless.

Blake credits his supportive parents for his success. At a young age, they told him that he should never let his disability define him. With the help of his running prosthetic legs, he was capable of recognizing his possibilities by participating in the Paralympic Games.

Blake has been quoted as saying, "The only true disability in life is a bad attitude." He got his start when he attended the University of Tennessee and qualified for the Paralympic race in the 2012 Paralympic Games which were held in London, England. He then set a world record in 2014 at the World’s Paralympic Championships in the 4x100 relay.

At only twenty-five years old,  Blake was shooting and dribbling his way to Madison Square Garden as the first double-amputee to grace an official NBA court during the 2015 NBA Celebrity All-Star game.

Blake continues to use his success to do good in his community and the nation as a whole. He works with fundraising teams and awareness organizations to help others with disabilities. He is also rumored to be the star of a modern documentary following his life, past and present, entitled, “American Blade Runner: the Road to Rio.” The dream is that through this film, his story will hopefully inspire millions of viewers to rise above and achieve their dreams no matter what limitations they may have.

Recognize Your Possibilities with a Running Prosthetic Leg

We are committed to personal service and patient satisfaction at BioTech Limb and Brace in Birmingham, AL. We would be honored to help you recognize your possibilities today with the help of a running prosthetic leg or an orthopedic device.

At BioTech, each patient is like family. We are committed to ensuring that your experience with us is personal and encouraging.