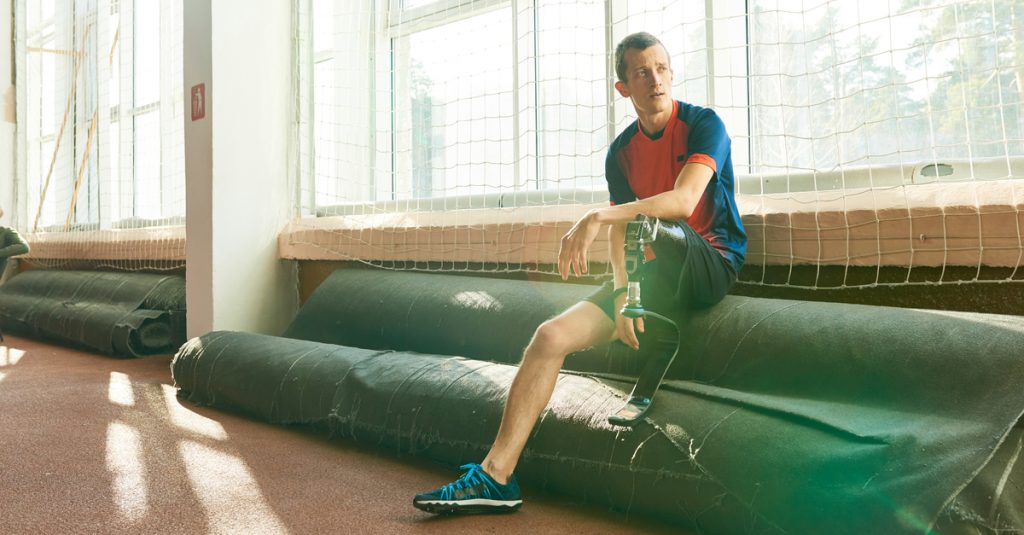 Prosthetic technology has come a very long way, even over the past decade. The trend now is trying to find a way to give the sensation of feeling to amputees through high-tech prosthetic devices, especially artificial arms and hands.

Researchers in France may have come up with the latest innovation: technology that lets amputees “feel” like their prosthetic limb is a part of their own body.

How Phantom Limbs Hold the Key

Some amputees dislike wearing their prosthetic devices because they feel like the device doesn’t “fit” their phantom limb.

And yet, the sensation of a phantom limb may hold the key to giving a sensation of feeling to an amputee through an artificial limb.

That’s what researchers at a university in France believe. They recognized that the prosthetic limbs currently on the market do not give a sense of touch to the wearer. The only “feelings” are what the wearer sees. It can be difficult to operate the limb unless the wearer is actively looking at it.

The researchers are essentially training the brain to go beyond just sight and incorporate touch into how they view their prosthetic device. Through tricking the brain, scientists have helped amputees “feel” their phantom limb growing into the prosthetic device - giving them the greater sensation of touch that they have been missing.

How the Technology Works

The technology is limited so far, but what it has been able to do is striking.

The researchers stimulate nerves in the stump of the subject’s arm while the subject wears an artificial arm and hand. This sends artificial feelings to their phantom limb’s fingertips. They also equip the wearer with virtual reality goggles that show how the phantom limb is “growing” into the prosthetic device.

The end result: wearers said they felt as through the artificial hand belonged to their own body.

The technology could be put into a portable setup that can provide therapy to amputees who are struggling to adapt to his or her prosthetic device. Therapy, in conjunction with advances in hardware and software that create sensations of touch and texture, can transform the way amputees interact with their prosthetic devices - and revolutionize the industry.

BioTech designs and manufactures prosthetic limbs for people suffering from limb loss. We treat every patient with compassion and respect, and work hard to deliver superior service and prosthetic devices that change lives. Recognize your possibilities. Contact us today for more information.