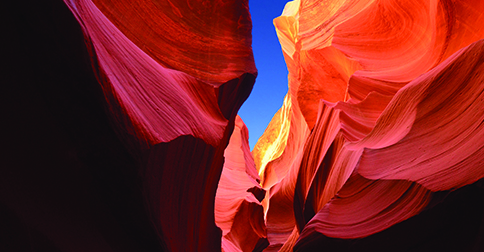 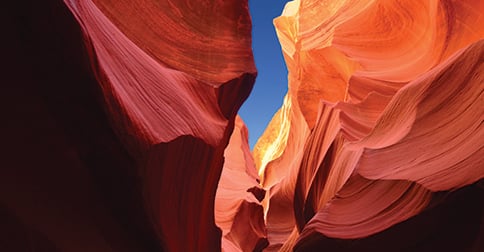 Are you familiar with the name Aron Ralston? Even if you don’t think you know him, you know his story. His journey into the canyons of southeast Utah in 2003 ended with an unfortunate accident, resulting in his self-inflicted arm amputation to escape a fallen boulder. His story was described in his autobiography Between a Rock and a Hard Place, which was later converted to film through the movie 127 Hours. But what exactly happened in that canyon, and what is Aron up to now?

One fateful April day in 2003, Aron Ralston decided he was going to venture around Horseshoe Canyon in a remote area of Utah. While it sounds like a pleasant weekend, it involved dangerous climbs, and he didn’t tell anyone where he was going. He spent the next five and a half days trying to figure out any way to get out from under the boulder and find help. After almost a week of unsuccessfully finding someone to lend him a hand, he realized he would have to lose his. We will skip the details, but the act was even more intense than it sounds. Even more impressive is that Aron tied his own tourniquet and proceeded to repel 60 feet to find help. The experience touched many people around the world and showed millions how far the human will to survive could go.

Aron had his autobiography published in 2004, which detailed much of his life with a specific focus on the harrowing tale at Horseshoe Canyon. He proceeded to appear in many entertainment platforms including The Simpsons, Tosh.0, and endless late night shows. The most famous of these ventures was, of course, the movie 127 Hours, starring James Franco. The film was nominated for 6 Oscars and propelled Aron and his story to the front of many conversations. Outside of the entertainment industry, he continues to climb and motivate others. Specialized gear like an ice axe, a specialized gripper, and a prosthesis that holds climbing gear provide more than enough support to take on the mountains. He also uses his newfound celebrity status to support charities and raise awareness for various causes.

Our passion is helping motivated individuals like Aron Ralston turn their dedication into tangible progress. We have years of experience in the industry and understand that growth is a constant battle, but one that is worth the fight. Contact us for more information on how we can transform your disabilities into possibilities -- together.