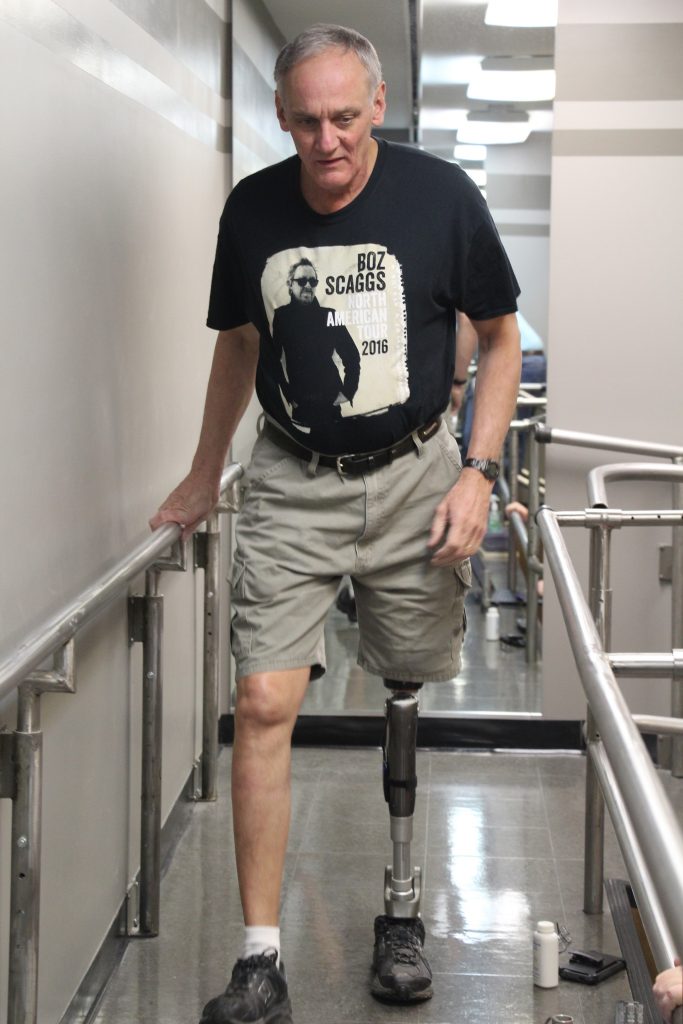 On April 27, 2011, around 4:43 pm, a menacing storm cloud turned deadly as a funnel descended upon the ground. It was a member of the 2011 Super Outbreak and would be just one of 362 tornadoes formed over a three-day period from Arkansas to Virginia.

But for Raymond Watson and other survivors, it would be the most life-changing one.

By the time it reached Pleasant Grove, where Raymond worked, the EF4 tornado - over 1.5 miles wide at one point - had already torn through downtown Tuscaloosa, carving a wide swath of destruction and obliterating the Alberta City and Holt communities. Every tree was snapped in its path. The twister was so strong, it picked up a 34-ton metal truss on a railroad trestle and tossed it like a child’s toy 100 feet up on a nearby hill. Forty-four people were killed in and around Tuscaloosa before the tornado moved past the region, heading toward a much bigger target: the Birmingham metro area.

Raymond was at work at his machine shop when the tornado approached. It wasn’t a surprise; they had been following the storms. Raymond’s first thought was for his wife.

“I was at work when I left work to get in the way of the tornado, which doesn’t make much sense, but I did it anyway,” says Raymond. “I went home and my wife and I got in the basement.”

Raymond had been tracking the funnel and told his wife that the tornado would pass within a block of their house. He was eerily accurate, but instead of being a block away, the tornado passed through his back yard - and through his house.

He remembers the way the whole house was shaking, and the incredibly loud noise. Having worked in an industrial setting for most of his life, the noise wasn’t unfamiliar to him, but it shook his wife. As he says, “You just react. There’s not much time for scared.”

The top of Raymond’s basement was a massive slab which formed the foundation for the home’s front porch. As Raymond and his wife took shelter in the basement, the tornado came through and ripped the house completely off its foundation - which took away the wall that was supporting the slab.

It fell at an angle, and Raymond - reacting instantly - pushed his wife out of the way, to safety.

The slab then fell on top of Raymond’s leg, pinning him.

The tornado went away as quickly as it had appeared, leaving behind a grievously wounded Raymond.

“When the storm subsided,” he says, “I had told her, ‘I lost my leg.’ I didn’t have to wait for a doctor to tell me. I knew that I was going to be without it.”

Fortunately for him, a volunteer firefighter showed up and helped free Raymond from the slab. And a nurse showed up soon after to put a tourniquet on his heavily-bleeding leg.

“Had she not put the tourniquet on, I would’ve bled out,” says Raymond.

He fell unconscious and was taken to UAB, where they performed surgery. He eventually woke up several days later.

It’s a testament to the spirit and strength of Raymond that he was determined to life the same life he had always lived - to continue to work in his machine shop, support his family, and do the things he wanted to do. The alternative just wasn’t an option.

Six weeks after his injury, Raymond picked up his first prosthesis from BioTech. He was behind a walker for just two weeks. And he could carry on his daily activities after just two months.

Now, he has an electronically-controlled prosthetic device that helps him walk as smoothly as anyone with two natural legs. If you didn’t know Raymond was missing a leg, you’d never guess that he was an amputee - especially if you see him at work in his shop in Pleasant Grove, carrying on just like he was doing that fateful day several Aprils ago.

Raymond credits the doctors at UAB and the professionals at BioTech for his recovery. Of course, his indomitable spirit didn’t hurt, either - that quiet strength he exudes at all times. This spirit is what helps amputees overcome their limb loss and recognize all their possibilities in life.

A tornado is a fearsome thing. So is the prospect of a life without one or more of your limbs. And yet, there is hope - hope that no storm can extinguish, and no storm clouds can obscure. Raymond Watson is a living testament of that hope.

Looking for more information about BioTech? Contact us today.